Is My Talking Tom Friends Safe? What I Wish Every Parent Knew 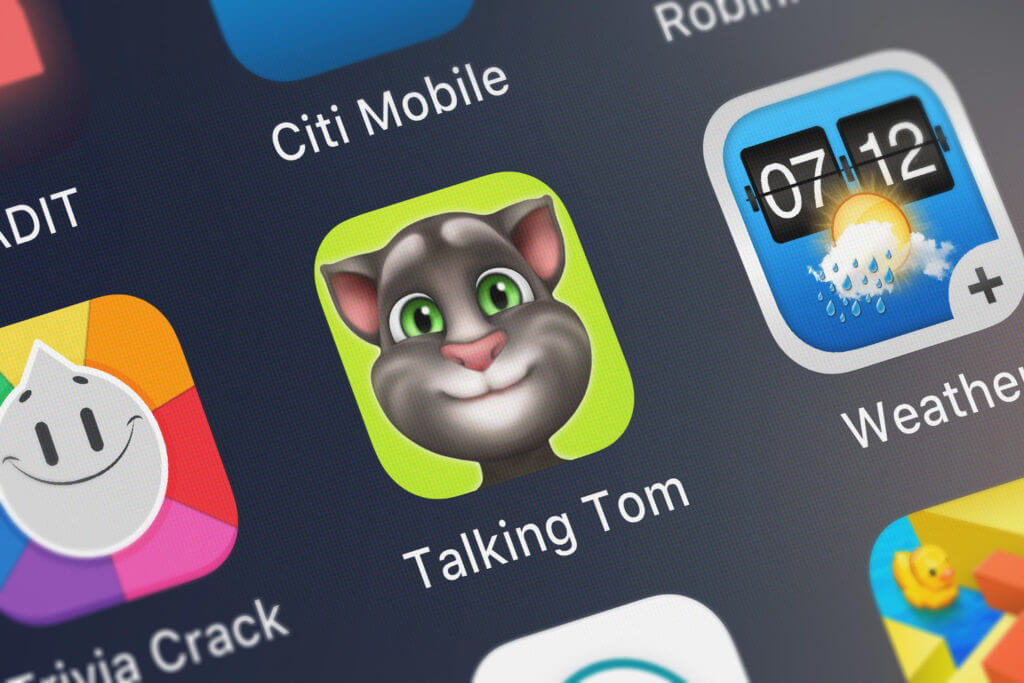 If you’re curious about whether someone has children, the simplest way to find out is to ask them. But if for some peculiar reason you’re hesitant to pop the question directly, you could just as quickly ask them what they think about Talking Tom and Friends. If they flash a quizzical expression, you’ve got your answer: They probably don’t have young kids.

Since the first game launched in 2010, the Talking Tom and Friends franchise has attracted more than 13 billion downloads. Its YouTube channel network – which hosts a variety of web series – boasted more than 51 million subscribers and 65 billion views as of June 2020.

My Talking Tom Friends at a Glance

The latest mobile game in the franchise, My Talking Tom Friends, drew more than 50 million downloads during its first 30 days on the Google Play store. Despite launching midway through the month, it was the third most downloaded Android app during June, trailing only WhatsApp and TikTok.

At first glance, My Talking Tom Friends looks wholesome enough. The app icon turns the cuteness quotient up to 11, with three animated cats mugging it up for the camera. What could be dangerous about that?

Appearances aren’t everything, though. Is My Talking Tom Friends safe for your kids? Here’s what parents need to know before they let their children download the app on their iPhone or Android devices.

My Talking Tom Friends is developed by Outfit7 Limited, a Slovenian developer based in Ljubljana with offices in seven cities across Europe and Asia. Its founders sold Outfit7 in 2017, reportedly for $1 billion. The developer – along with the Talking Tom and Friends IP – currently belongs to Zhejiang Jinke Culture Industry Co., a Chinese company headquartered in Hangzhou.

The app is a virtual pet game. Think a pared-down version of EA’s massively-successful Sims franchise, except with talking animals – and without the “WooHoo.”

What’s better than having one best friend? Having six! Players can join Talking Tom, Angela, Hank, Ginger, Ben and Becca as they move in together in their new home for the first time, and get to know the pets that are adored around the world!

Outfit7’s business model is standard-fare for the mobile gaming industry. While the app is “free” to download, it’s loaded with ads and in-game purchases. The developers make this abundantly clear in the app description. We’ll dive deeper into this below.

Don’t Be Fooled by the ‘Talking Angela’ Pedophile Ring Hoax

Parents have long been concerned about the safety of the My Talking Tom franchise, but not always for the right reasons.

As far back as 2013, Snopes debunked the hoax that one Outfit7 game – Talking Angela – was a malicious app run by hackers and created by a pedophile ring to exploit children. In reality, the game was little more than a rudimentary chatbot with a digital feline overlay.

An investigation in the Guardian reached the same conclusion in 2014, though it raised questions about whether features in the app – like the chat-box – were completely child-safe. Outfit7 later removed the chat feature.

Remarkably, false rumors about Talking Angela were still so widespread on social media in 2019 that PolitiFact published another fact-check concluding that – for the umpteenth time – children won’t get abducted by pedophiles if they download the game.

What Should Concern Parents About My Talking Tom Friends

It’s unfortunate that criticism of the My Talking Tom franchise has fixated on a sensationalist hoax that’s so patently false because there are several things you should know if your kids play these games.

My Talking Tom Friends was just released last month, so researchers haven’t had time to review it thoroughly for privacy and security vulnerabilities. Because the franchise’s neverending stream of titles is quite similar, we can learn quite a bit by scrutinizing its predecessor, My Talking Tom 2.

Common Sense Media, a non-profit consumer advocacy organization, put a warning label on My Talking Tom 2, indicating that it does “not meet our recommendations for privacy and security practices.” The game earned just a 49% (out of 100%) on its privacy report card.

The report highlighted concerns about the transparency of Outfit7’s personal data collection and usage policies. View the full scores below:

Common Sense Media’s report focused on the game’s privacy policy and terms and conditions. A recent study from the Norwegian Consumer Council delved deeper into how the app handles user data in practice.

The NCC study concluded that My Talking Tom 2 – like several other popular Android apps – shared data with third parties, regardless of the user’s age or individual preferences.

Outfit7 transmitted information including the device’s unique Android Advertising ID and “various other metadata” to at least four third-parties. Those third parties can process this information and connect it with data from other apps to build detailed profiles of individual users.

My Talking Tom Friends shares a privacy policy with its predecessor, so it’s reasonable to assume it engages in similar data collection and sharing behavior.

Absent sweeping legislative changes, some level of data collection is unavoidable if our children are going to participate in the digital world. With that in mind, I’m less concerned with the data My Talking Tom Friends would collect on my children (who are younger than age 13) than the way it shamelessly bombards them with advertisements and implicitly encourages negative behaviors.

The main game screen features four buttons that serve the user an advertisement or attempt to persuade them to make an in-game purchase. (The play button takes you to the Talking Tom YouTube channel, which is monetized with ads.)

That doesn’t include the advertisements (and in-game purchase “opportunities”) that greet you when you attempt to spend a virtual resource you don’t have. Which, unless you give your kids free rein to make in-game transactions with your credit card, is going to happen a lot.

And don’t forget about the full-screen pop-up ads that seem to randomly trigger nearly every time you press a button. Trying to avoid them is like playing Operation with a blindfold on.

I would have said it’s like a casino, except My Talking Tom Friends features literal casino imagery via a spin-the-wheel prize game. It awards a prize every time – as long as you watch a video ad first.

Granted, this – like just about everything about My Talking Tom Friends – has long been part of the “freemium” template. But it’s an inadvertently-candid look into the sort of negative behaviors games like this encourage.

Another of these behaviors is to beset users with a “fear of missing out” (FOMO). These apps make money by selling you ads, and they can’t sell you ads unless you’re playing the game. They solve this problem by devising gameplay mechanics that encourage you to stay on the app as long as possible. And when you do leave, they play on your emotions to lure you back in.

I didn’t even have to go looking to find an illustration. Just minutes after I closed the My Talking Tom Friends app, it sent me a notification telling me that my pets are hungry, and I need to feed them.

It’s the sort of strategy that’s implicitly designed to create conflict between you and your kids.

“Honey, you’ve hit your screen time limit for today. Put away the tablet.”

“But my pets are hungry! If I don’t feed them, they’ll starve!”

It’s the game developer’s fault the virtual pets are experiencing virtual hunger, of course. That’s not who your children are going to blame, though.

Honestly, I don’t know if it’s sad or refreshing that the Talking Tom YouTube page flat-out tells kids they’ll “get massive FOMO” if they don’t subscribe.

Is My Talking Tom Friends Safe for Kids?

While My Talking Tom Friends isn’t necessarily less safe for kids than the typical mobile game, it succumbs to a litany of problematic trends that plague the industry.

If you decide you’re comfortable with your children downloading it, you should be careful to monitor the time they spend playing it. Make sure to scrutinize whether their screen time correlates with any negative changes in their behavior.

The Outfit7 website features a dedicated Parent’s Guide that gives advice on how to “maximize safety, security, and enjoyment” while playing Talking Tom games.

It’s fine advice on its own, though you should always be a bit cynical when an app developer feigns to have your child’s best interests at heart. Never forget that, no matter what they say, the incentive structure of mobile gaming means they earn more money by making their apps addictive and preying on other negative behaviors.

(And for your own sanity’s sake, triple-check that your kids can’t spend in-game funds unless you input an access code.)

The only person who can keep your kids safe when playing My Talking Tom Friends – or any mobile game for that matter – is you. Every parent has a responsibility to educate themselves about the dangers children face in the digital world.

Hacked.com’s resources and tutorials are an excellent place to start. If you need an extra level of support, contact us to find out more about how we can help your entire family stay safe online.

Josiah Wilmoth is a journalist who has written about privacy technology for various publications, including Private Internet Access and CCN.com. He is currently pursuing a Master of Computer and Information Technology degree from the University of Pennsylvania. More importantly, he is a parent of two young children, and he desires to help other parents learn how to keep their kids safe online.