The Worst Apps To Find on Your Kid’s Phone 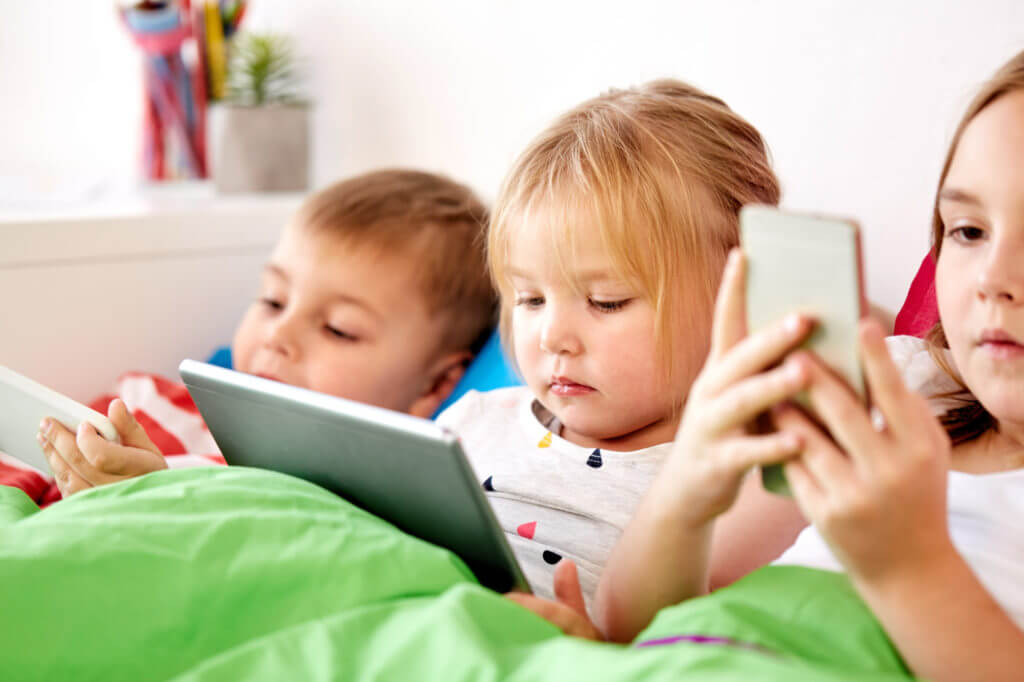 Smartphones are useful for kids, but they can also be hazardous. The different app stores are filled with such a variety of apps that it’s tough to know which ones are safe for children. Even apps you might not suspect of being any danger can cause problems. Below is a list of apps you need to watch out for.

Ask.FM is an anonymous question app that is used by millions of people. While it is safe for adults to use, there are a few concerns about children engaging with the app. Because the questions are asked anonymously, you never know who is in contact with the user. Part of the problem this causes is cyberbullying. It’s well known that Ask.FM has been used by children to bully other children, sometimes causing extreme distress, trauma, and potentially suicide.

Holla is a random video chatting app that people use to connect with others all over the world. Because the app connects users randomly, you have no idea who your child might be interacting with. Some users have also been confronted with homophobic and racist slurs when video chatting using the app, and there is always the potential that the user will be connected with someone performing sex acts on themselves or others.

Skout is a dating app that uses locations to match people in their area. Users under the age of 17 have their accounts restricted, but it’s easy enough for a child to get around this by lying about their age. Since it’s location-based, the dangers of Skout are pretty clear. It wouldn’t be hard for someone local to find your child on the app and potentially lead them into doing something or going somewhere that they shouldn’t.

Badoo is a social media and dating app that is very similar to Skout. It uses location to match people up and then allows them to share videos, images, and chat with each other. The app is intended for adult use only, but it is not unheard of for children and teens to make their accounts. The location-based connections in this app leave it prone to the same problems that plague Skout since chatting with someone in your area makes it easier for a predator to lure your child in.

LiveMe is a streaming app that can be used to broadcast live video of yourself to others all over the world. It also uses GeoLocation to potentially reveal the location of the person being filmed, which can be potentially dangerous. The app also features its currency in the form of coins, which can be used to pay streamers for various things. The major issue with LiveMe is that it has something of a child predator problem.

A Fox11 report found that there was a wild amount of underage users on the app who were being exploited and having explicit videos of them sold online. In response, the app’s creators did remove a large number of accounts, but the problem seems to persist. It’s entirely possible for other users to leave perverse comments on the live streams of underage users as well as to offer them in-app coins to send them videos, pictures, or to meet up with them.

The app is pretty popular with young teens; it makes it a prime target for those who wish to abuse and exploit children. 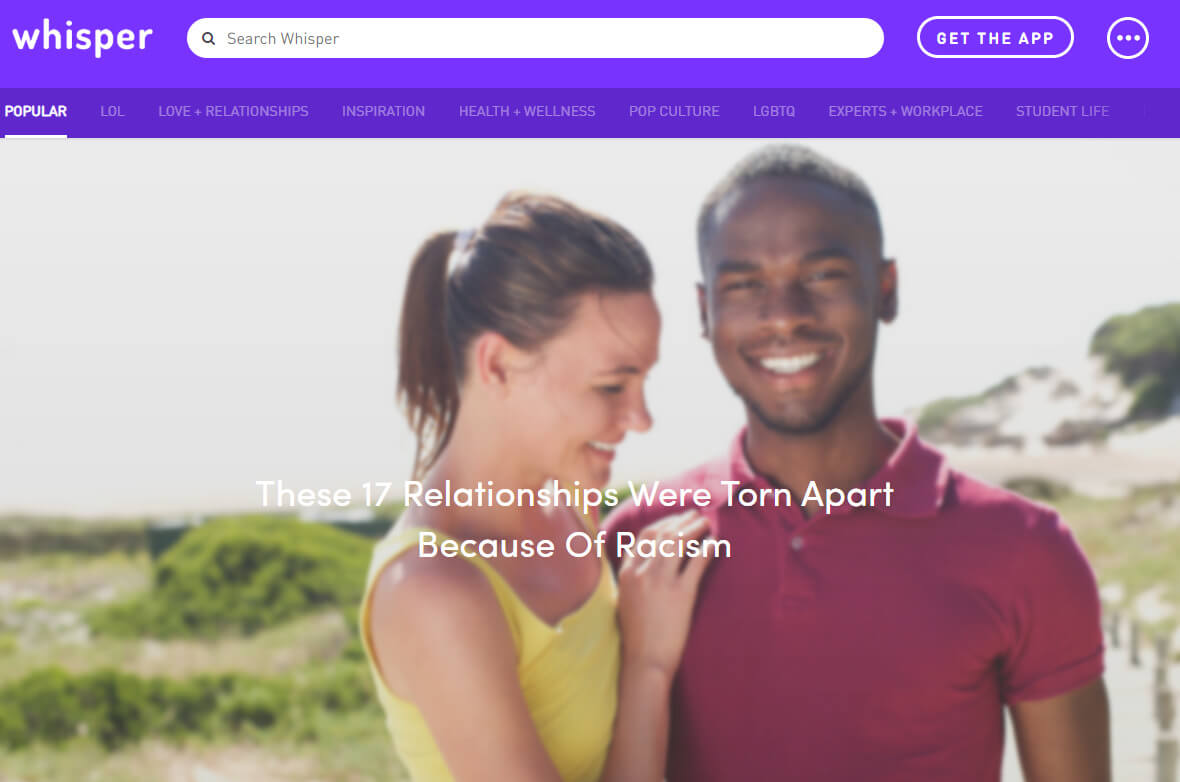 Whisper is another anonymous social media app that allows users to share text, video, and images with each other. Like other similar social media services, this app shares the location data of those who use it. Due to location-sharing and the anonymous nature of the service, Whisper suffers from numerous problems. Being able to locate people in your area means that it’s easier for predators to lure children into meeting with them, and anonymity allows the sharing of explicit material with almost zero accountability. There are also privacy concerns that were raised by The Guardian back in 2014. 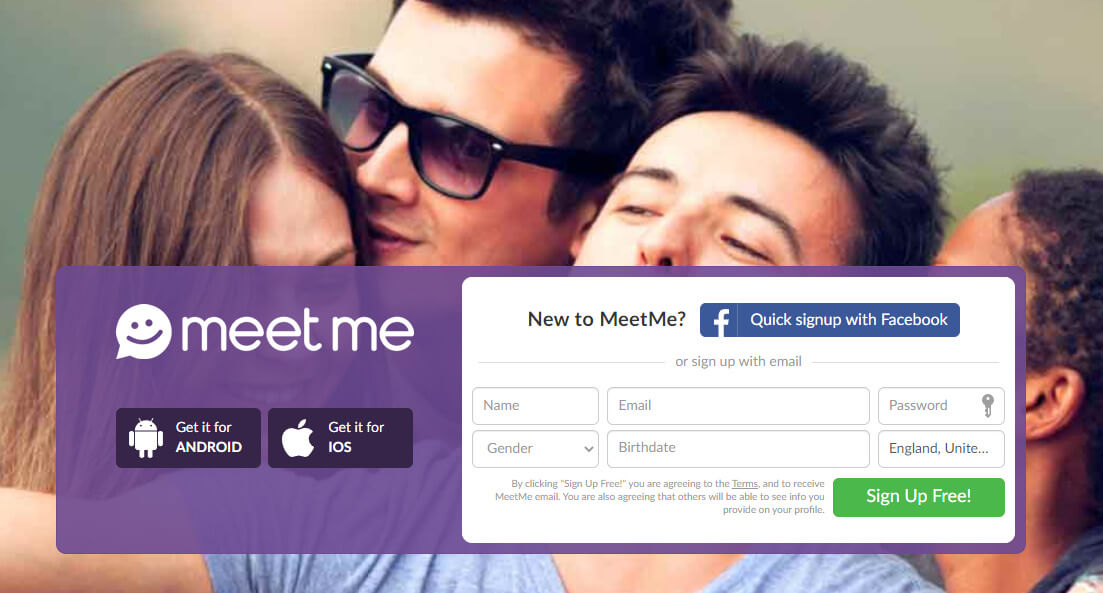 MeetMe is a location-based dating and social media app that encourages users to meet in real life. Only those above the age of 18 are technically allowed to use the app, but that doesn’t stop underage users from lying to create an account. It also allows users to live stream as well, combining the issues of TikTok and Skout all in one package. The obvious dangers of allowing users to stream themselves while sharing their location data include the ability to track another user down without their knowledge potentially.

There has also been some concern about how easy it is for sex offenders to become popular on the app, despite the creators claiming that they screened against them.

Tellonym is an anonymous-question-asking-app in a similar vein to Whisper. Like other apps, it has an age limit of 17+, but it is immediately clear that most teens are ignoring the age limit. When creating an account, all you have to do is click a box saying you’re over 17. There is no age checking at all. Upon opening the app, there are a startling number of accounts where underage children admit to their actual age, and yet their accounts remain active.

Tinder is America’s most popular dating app, with over seven and a half million users. Despite having an age limit of 18, there are reports of underage teenagers using the app as an extension of social media. With a lack of age verification, it’s very easy for these teens to claim to be 18 and then say in their profiles that they’re only 17 or even younger. Some adult users have shown concern for the number of underage profiles that have appeared over the years.

One of the biggest dangers with Tinder is that unscrupulous adults will use it to meet up with underage children. The general lack of any sort of need to verify your age has led to several child abuse cases over the years since these apps launched. If you find this app installed on your kids’ smartphones, then you need to talk to them about the dangers and have them delete it too.

If you find these apps on your kid’s phone, contact us, and we can advise you.