How to Spot Fake News And Protect Yourself From It 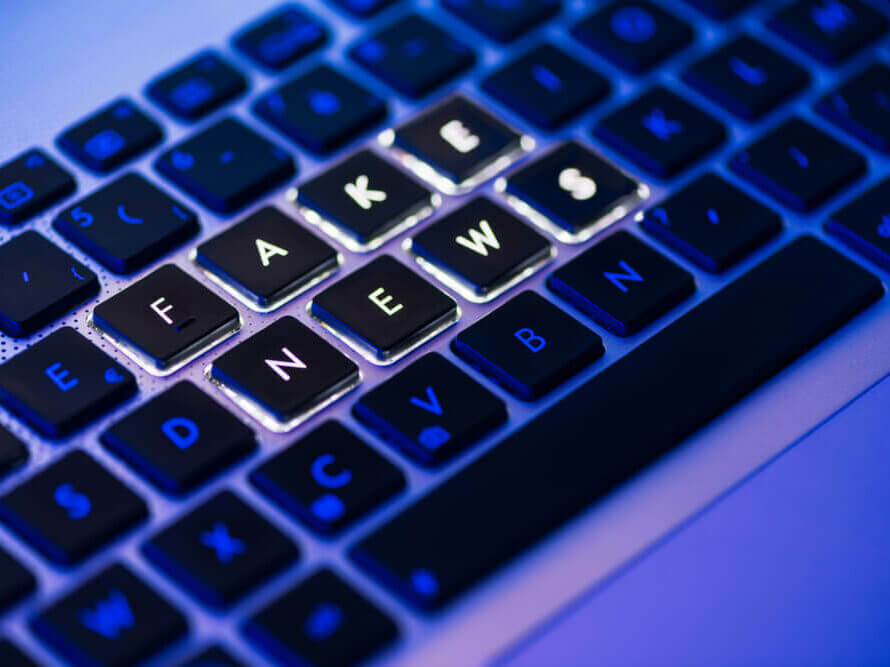 If 2020 has taught us anything, it’s that misinformation has run rampant on the internet. And it’s becoming more than just an inconvenience. It’s becoming a cyber-security issue.

Why Fake News and Misinformation Is Becoming a Bigger Risk

But the damage was already done. QAnon believers left behind a violent wake that changed many lives—all because people believed that what they were reading was true when oftentimes, it wasn’t.

If you’re unfamiliar with the phenomenon, check out this video:

And that’s not the only way misinformation has become a threat.

Avast found that an entire malware economy had sprung up in relation to fake Covid-19 remedies.

Scammers targeted innocent people searching for helpful information about the virus. Many fake shops and cure-related products contained malware that was set free as soon as someone clicked on it.

Avast found more than 600 malicious apps that posed as some sort of Covid-19 service.

So make no mistake, fake news is a cybersecurity threat and one that you should take seriously.

How to Spot Fake News

Not all fake news is created equal. Some are just under-researched, inaccurate stories with good intentions, and some are fully intended to take advantage of you.

Here are some tips to help you spot misinformation:

As noted by factcheck.org, many imposter sites imitate reputable websites. Abcnews.com.co, for example, is not the URL for ABC News, yet it published stories that looked like real news.

The Boston Tribune is another official-sounding website. But it’s not. The ‘contact us’ page leads you to a Gmail address.

Worldnewsreport.com also seems like a reputable source, but they don’t even pretend to be if you look more closely. Sure, its tagline is “News you can trust!” But it’s disclaimer says, “WNDR shall not be responsible for any incorrect or inaccurate information.”

From The DC Gazette to Yournewswire to The Civic Tribune, the internet is crawling with fake news sites. Make sure you check what you’re reading before you read it.

If you’re reading something newsworthy on a website that seems legit, it couldn’t hurt to double-check the facts. Are other media outlets that you’re familiar with also covering the story?

Legitimate news sources quickly cover most newsworthy stories. If they’re not, it might be because they cannot confirm the facts.

Always check the facts if you’re unsure of the source.

If you’re reading a news story from a site you’re unsure about, one way you can gather clues about its legitimacy is to read the author’s byline.

Factcheck.org used a fake news story from Abcnews.com.co as an example. A false story about the pledge of allegiance was written on the site by someone named “Jimmy Rustling.”

His byline claimed he was a “doctor” who won “fourteen Peabody awards and a handful of Pulitzer prizes.” But nobody by his name has ever won either of those awards.

Sometimes fake news is fake on purpose, and the sources expect you to know that. Outlets like The Onion and The Borowitz Report are satire. That means they use humor and fabrications to make fun of humanity’s vices.

Sadly, people all too often take them to be real news stories.

If you follow these guidelines, you should be able to stay in the realm of reality regarding the news. If you see a tempting, hyperbolic headline from a source you’ve never heard of, proceed with caution.

If you get caught in a malware or spyware trap, you can take steps to protect yourself. And if you think you’ve been hacked, don’t hesitate to reach out.