TikTok Propaganda: The Latest Danger to Your Kids 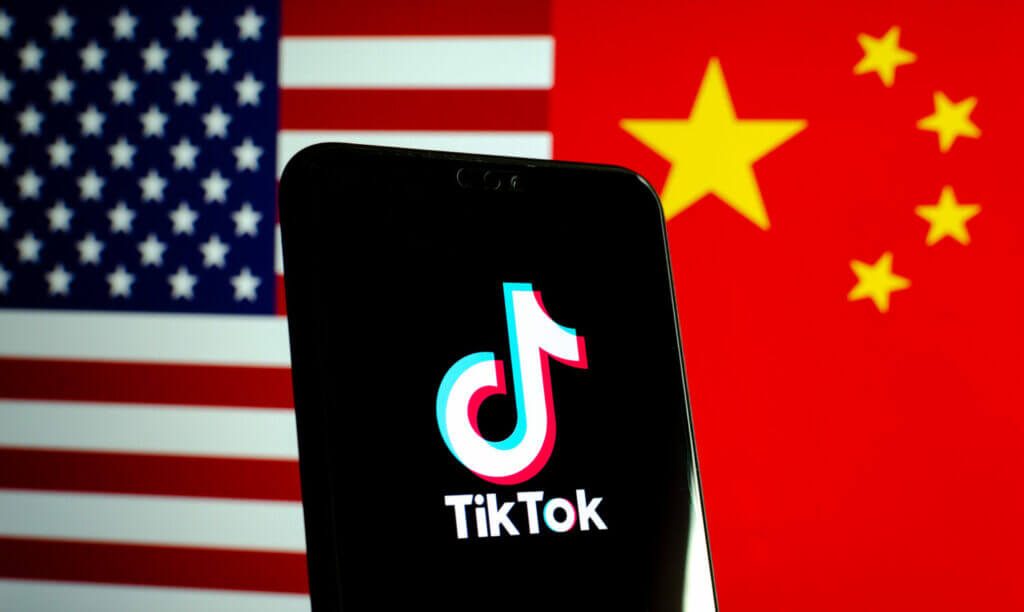 TikTok has already proven to be somewhat dangerous for young children. Now there is a new danger that is spreading like wildfire all over the service: propaganda. With the young audience highly susceptible to disinformation, this new plague could be the worst yet for the younger generation. This article will dive into the truth about propaganda on TikTok and how you can deal with it.

What is TikTok Propaganda?

TikTok propaganda is a term that refers to disinformation creators on TikTok target users of the service. Typically, these are short videos creators intend to go viral, spreading dangerous disinformation amongst the TikTok audience.

These videos can be anything from conspiracy theories to propaganda about countries or governments. Part of the reason this is so dangerous is thanks to the age of a typical TikTok user. Propaganda is most effective when used against young people. With TikTok’s userbase being 60% between the ages of 16-24, a large section of that audience is more easily influenced.

There are various types of TikTok Propaganda, spread amongst many different subjects. Below are some examples of the most common types of propaganda on the TikTok platform.

Vaccine hesitancy is at an all-time high due to the ongoing global pandemic. As a result, anti-vaccine videos can spread on TikTok like wildfire. The problem with these videos is so bad that major newspapers have covered the story numerous times.

In mid-2021, YouTubers revealed that Russia-linked PR companies had offered them money to post anti-vaccine links on their TikTok accounts. In addition, a religious cult leader has been telling people that the vaccine is dangerous as recently as September 2021.

While TikTok has placed a warning below any videos related to the vaccine, this is not enough to stop the spread of misinformation.

TikTok is a Chinese-owned app, and as such, it does have ties to the Chinese government. Since the app’s rise in popularity, many have raised concerns that it could spread propaganda to young people. The Chinese government has paid people to post propaganda on the internet before, so these fears are justified. Even more worrying, China recently increased spending on influencing the US by 500%.

Specific propaganda videos on TikTok aren’t hard to find. YouTuber laowhy86 pointed a spotlight at the problem in May 2021, revealing an intricate system of different tiers of propaganda. These videos can range from low-tier reposting of lies about day-to-day life in China to foreign influencers paid to lie about how the country works.

Even more dangerous are famous influencers China has drafted to produce such propaganda. For example, famous YouTube creator Bart Baker moved to china in 2019 and began posting soft power propaganda to the Chinese version of TikTok. At first, these videos mainly targeted a Chinese audience. Still, Western media often covered his work due to Baker’s pre-existing American audience. Baker has recently begun to post to western TikTok, the same soft-power, pro-China songs he posted to his Chinese audience.

While this propaganda may seem inconsequential at first, its power lies in the ability to change perceptions over time. As these soft-power videos bombard young people, they become apathetic towards China’s human rights abuses. Moreover, as these young people grow up, they will become less vigilant about problems caused by China’s government.

Conspiracy theories are another type of TikTok propaganda that has become widespread in the past few years. For example, in February 2021, a massive snowstorm hit Texas and other parts of the world. TikTok users spread a conspiracy theory that this snow was fake, put in place by the US government. Users would take lighters and other heating elements to the snow and show it wasn’t melting but turning black instead.

Similar conspiracy theories, such as the vaccine control theory, and QAnon, have also been spread on TikTok. Various accounts are pushing these conspiracy theories using popular hashtags. TikTok has attempted to crack down on these accounts, but many evade deletion.

Why These Videos are so Dangerous

Part of the problem with these propaganda videos is that they’re targeting such a young audience. As we mentioned above, TikTok users tend to be teens to young adults. In many cases, all it takes is for a video to be entertaining for even an educated young person to take it at face value. On average, children and teens will spend more than an hour per day watching TikTok videos. The constant barrage of misinformation presented entertainingly is more likely to break down any mental barriers they may have towards this propaganda.

Another reason these videos are dangerous is that TikTok is a social platform. Not only does it feature social interaction via comments and reposting, but young people often talk about and share videos they’ve seen. This can lead to disinformation spreading further and further.

How to Combat the Dangers

An essential part of how to combat these dangers is through communication and education. It’s vital that you talk to your kids about the propaganda they might find on TikTok. It’s also crucial that you have this conversation with them while they’re as young as possible. As children get older, they become less likely to listen to parents and authority figures.

Another step you can take is promoting this kind of social media awareness education in your local schools. Talk to your local school board, and try to get them to promote education on the dangers presented by apps like TikTok and the propaganda they can spread.

An ideal scenario would be to stop your children from seeing the propaganda at all, but this is nearly impossible. TikTok has become an essential part of young people’s social lives. If you cut your children off from the app, you could be doing them social harm while trying to protect them. However, this doesn’t mean that you shouldn’t at least limit their time on the service.

The most critical step to protecting your children is fostering a communicative relationship with them. Your children should feel like they can talk to you about anything at all. That way, when your child sees propaganda that goes against what they think to be accurate, they’re more likely to come and ask you about it.

Extra Steps You Can Take to Protect Your Children

There are a few extra steps you can take to keep your child safe online. We’ve written a guide that teaches you how to educate your children to keep them safe online, as well as a general guide on protecting your kids from online abuse. Read through both of these articles to gain a better understanding of how to protect your children.

You should also consider investing in one of our digital protection plans to keep your family’s online account safe. These plans include recovery sessions whenever hackers compromise an account.

Featured image by Ascannio from Shutterstock.com