What Is a Non-Fungible Token (NFT) and Are They Safe? 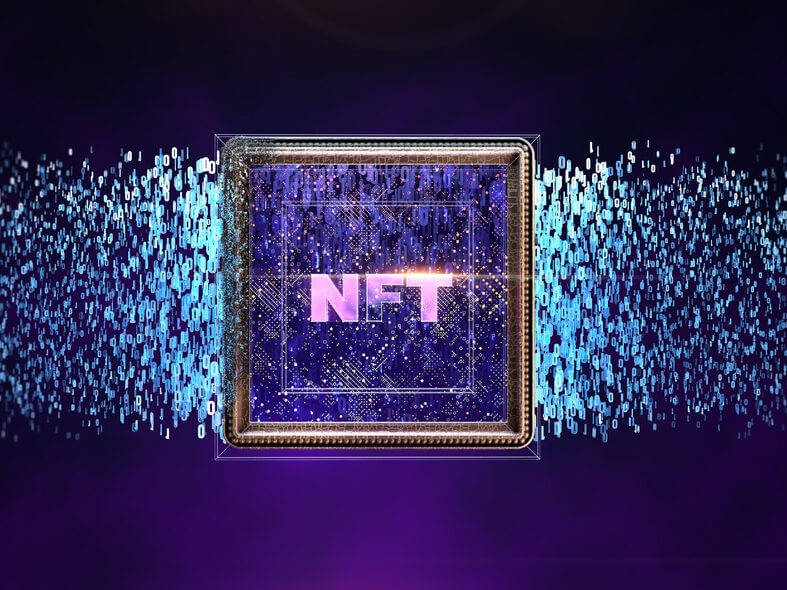 If you’ve seen the abbreviation NFT floating around the internet in recent days, you’re not alone. That’s because non-fungible tokens have suddenly become all the rage in the digital space.

Some have been selling for millions of dollars. Some are being released music albums. But what, exactly, is a non-fungible token?

What Is a Non-Fungible Token?

Non-fungible tokens are cryptographic tokens that represent something unique that can’t be replaced. Bitcoin is a commonly used example of a “fungible token.” That means that when you sell one Bitcoin and then buy another, you’re basically getting the exact same thing. They’re not unique.

A non-fungible token is more comparable to art. If you trade a Picasso for a Monet, you’re getting a completely different, unique piece of art. The same, theoretically, goes for these tokens.

They’re used to create a scarcity that’s verifiable. While anyone can share any of the same GIFs at any time, an artist could put their NFT ‘stamp’ on a GIF and make it the one and only ‘original.’ It makes the creation of fake collectibles pointless because each NFT can be traced back to its origin.

And yes, someone can just download the same piece of art contained in the NFT, but it would be akin to buying a print of the Mona Lisa versus owning the original.

How Do They Work & Are They Safe?

Most NFTs utilize the Ethereum blockchain by using either ERC-721 or ERC-1155 tokens. They’re stored via smart contracts. Unlike Ethereum’s cryptocurrency (ETH), non-fungible tokens contain extra information that makes each one unique, and thus they cannot be used interchangeably. If you buy a CryptoKitty (one of the most popular and enduring forms of NFT), you cannot use it in another NFT forum like CryptoPunk.

Buying and owning a non-fungible fungible token is about as safe as buying and owning any cryptocurrency. That’s to say, they’re fairly safe, but you should take basic steps to protect them like you would with any investment. The main risk you currently want to consider is how much money you want to spend on one.

Some Non-Fungible Tokens Have Been Selling For Ridiculous Prices

NFTs have quickly taken on a level of value that most people couldn’t have predicted. For example, digital artist Beeple just sold one of his original works for nearly $7 million. Yes, you can download it yourself, but only one lucky person has the original (and a lot less money).

One of Beeple’s pieces is now being sold at Christie’s, the famous British auction house. The bidding is currently at a modest $3,500,000.

Musician Grimes recently sold a 50-second video for nearly half a million dollars.

The band Kings of Leon just released a full album as an NFT.

But perhaps the most popular manifestation of this new artform is NBA Top Shots. The NBA teamed up with Dapper Labs to create NFTs of plays from NBA games.

To date, Dapper Labs has sold more than $278 million in ‘moments,’ according to the crypto tracker, CryptoSlam. If you want to get in on the action, you’ll have to wait, as sign-ups are currently disabled due to such high demand.

Featured image by Archy13 from Shutterstock.