Trump Says ‘Nobody Gets Hacked’ – And He’s Wrong 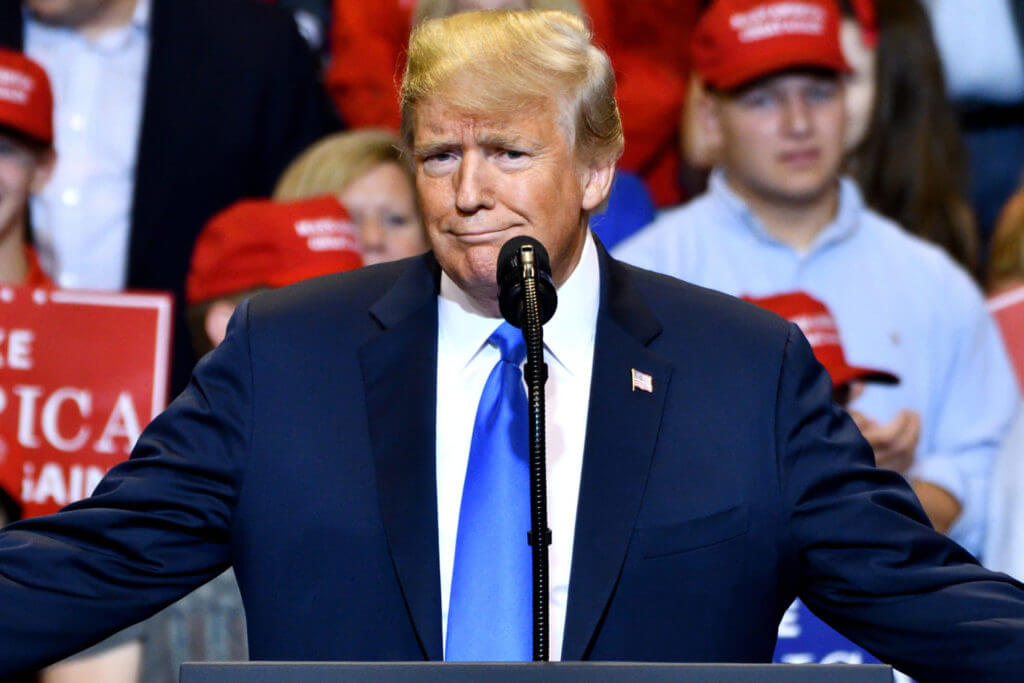 On October 19, 2020, during a campaign rally in Tuscon, AZ, United States President Donald Trump made an astonishing claim that sent the security community into a tizzy.

Nobody gets hacked. To get hacked, you need somebody with 197 IQ and he needs about 15% of your password.

"Nobody gets hacked. To get hacked you need somebody with 197 IQ and he needs about 15 percent of your password."pic.twitter.com/6aR8yU2MVg

Trump was referring to C-SPAN political editor Steve Scully, who admitted that he lied about his Twitter account getting hacked. The network, which is known for its political programming, subsequently suspended Scully, causing Trump to tweet with glee.

I was right again! Steve Scully just admitted he was lying about his Twitter being hacked. The Debate was Rigged! He was suspended from @cspan indefinitely. The Trump Campaign was not treated fairly by the “Commission”. Did I show good instincts in being the first to know?

While this exchange is more evidence of American political polemics, Trump’s claims about hacking were slammed as “dumb” by the security community…and for good reason.

There’s No Such Thing As Being ‘Unhackable’

Throughout his presidency, Trump has been accused of engaging in intellectual dishonesty. This intellectually dishonest claim about “hacking,” however, is proven by Trump, himself, falling victim to the practice.

The Trump hotel chain was hacked twice — once over a year-long period between 2014 and 2015, and once between 2016 and 2017. After each security breach, the Trump hotels were required to file a notice with state regulators — and to their credit, they did just that.

But the notices reveal an interesting trend: each data breach resulted in credit card data being stolen. And, in the second data breach, other sensitive information — such as guests’ names, email addresses, and phone numbers — was exposed alongside the credit card information.

The Trump hotels blamed the second data breach on Sabre, a third-party credit card processing company, but it’s unclear how many people, in total, were negatively impacted by the two data breaches.

Needless to say, these data breaches — if nothing else — prove that not only does “nobody” get hacked, but to suggest as much is — as Crane Hassold, a former FBI analyst and senior director of threat research at cybersecurity firm Agari, tweeted — “dumb.”

Saying nobody gets hacked clearly isn’t true…But this sort of suggestion worryingly gives people a false sense of security when protecting their own accounts and makes a mockery of information security.

To put it another way: there’s no such thing as being “unhackable.” Phones can get hacked, as can video games — and today’s hackers don’t require much technical skill to get access to your information.

Getting Hacked: Some Interesting Statistics

Contrary to the pop culture depiction of hackers being predominantly male computer geeks who have advanced knowledge in obscure computer languages, the reality of hacking is a lot less complicated.

For example, the popular phishing scam — which is when an email disguises itself as a trusted entity (like Apple, Facebook, or Google) to obtain sensitive information (such as credit card information or a social security number) — is a form of hacking. And, the truth is, most phishers have little, if any, training in computer science or discrete mathematics — they just use social engineering to get you to respond in the manner they want, and before you know it, your private information becomes available on the dark web.

Other interesting things to note about getting hacked include:

The truth is, everyday people, like you, face this new digital every day — all it takes is a well-placed email to exploit your computer’s weaknesses, and everything you hold dear can be gone in the blink of an eye.

And that’s where we come in.

We remove images, videos, and other digital information that has been spread without your consent. We can restore hacked accounts and help you secure yourself against further attempts. We can help if your ID has been misused online by providing evidence for law enforcement.

And these are just a few of the many things we can do to protect you — and your family — against hacking and other cybercrimes. Best of all, we can provide immediate assistance at an affordable rate.

If you’ve been the victim of a hacking attempt, you need to protect yourself immediately. To learn more about Hacked, and what we can do for you and your family, contact us today.