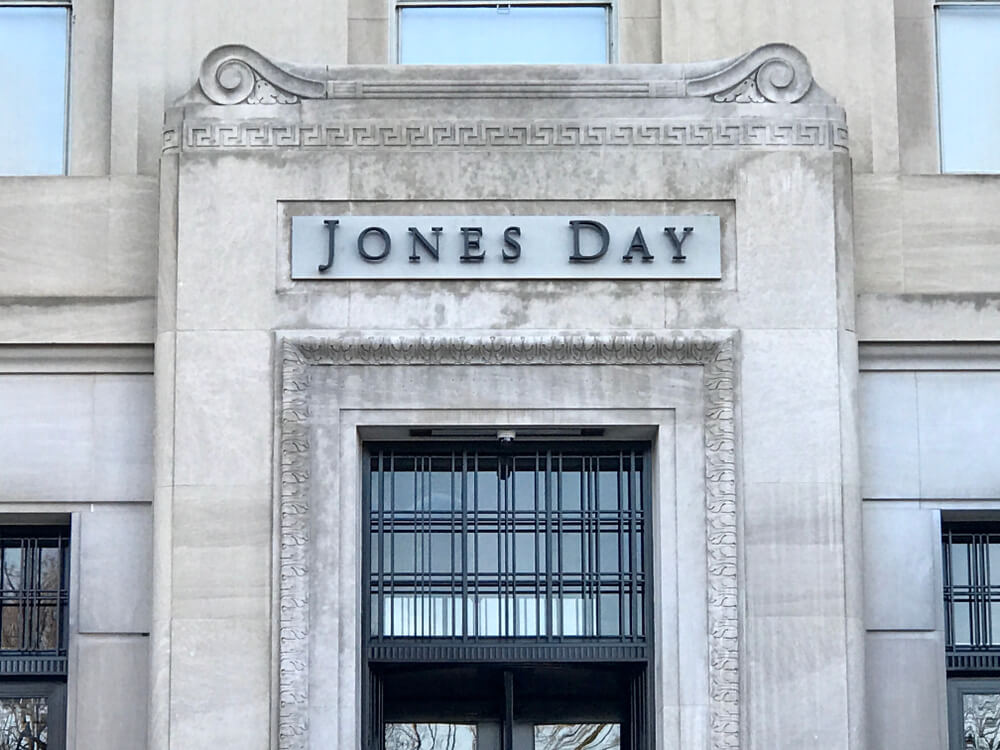 Prominent global law firm Jones Day may be the latest victim of cybercriminals. One hacker claims to have breached the firm’s computer network, stealing files and posting them on the dark web.

One of the many high-profile clients at Jones Day is none other than former U.S. President Donald Trump. The irony is not lost on us, as Trump repeatedly downplayed the threat of hackers during his time in office.

According to The Wall Street Journal, the hacker goes by the name of “Clop.” Clop posted several documents that were viewable to the public, including a cover letter containing “confidential documents” and a memo to judge labeled as a “confidential mediation brief.”

According to the WSJ, there are many more files that are “mammoth in size” posted on the dark web. The hacker told the publication via email that it has “over 100 gigabytes of data.”

According to the hacker, Jones Day was notified of the breach on February 3rd. It said that negotiations had not yet begun in what appears to be a ransomware attack.

Jones Day, who has yet to respond to the cybercriminal, has denied being the victim of a ransomware attack. Rather, it claims that a file-transfer service called “Accellion” was compromised instead. Jones Day claims that it, and many other law firms, utilize this service.

Accellion stated on February 1st, claiming it was the subject of a security breach. Clop claims that it was not behind the Accellion attack and that it hacked into the Jones Day servers directly.

How Donald Trump Ties Into This Attack

Jones Day is a massive law firm with over 2500 lawyers worldwide. Some of those attornies have represented Donald Trump.

According to the WSJ, more than twelve of the firm’s lawyers worked for the Trump administration. Don McGahn was a White House counsel member and oversaw its judicial selection process. He returned to Jones Day in 2019.

Trump has been outspoken about his soft stance on cybersecurity.

During a rally last October, he claimed that “nobody gets hacked.”

Check out the full statement below:

"Nobody gets hacked. To get hacked you need somebody with 197 IQ and he needs about 15 percent of your password."pic.twitter.com/6aR8yU2MVg

Apparently, Clop has an IQ of 197 and 15% of Jones Day’s passwords because it appears as though the firm has been hacked.

But it’s not like this particular hacker needed to expose Trump’s false claim. Trump hotels had been hacked twice between 2014-2017. And before he left office, the United States fell victim to one of the largest, most involved hacks of all-time.

Experts are still trying to calculate the fallout from the massive Sunburst attacks, which are believed to be carried out by Russian intelligence.

Joe Biden, on the other hand, has taken a hard stance on cybersecurity. He said that the attacks on the firms FireEye and SolarWinds constitute “a grave risk to our national security.” He quickly announced a $9 billion cybersecurity plan for the country.

Law firms like Jones Day are common targets for hackers for several different reasons. First, they often own highly sensitive information like private testimony and settlement deals, so they’re incentivized to keep it private. Secondly, they often have a lot of money.

If hackers can get their hands on information that law firms desperately want to keep secret, the odds of them receiving a healthy payment go up.

Sure, they might hack everyday people like you and me, but we don’t always have enough money to really make it worth their while.

As Jones Day displayed, the best course of action is to avoid negotiating with the thief if you’ve become the victim of a ransomware attack. They will often continue raising the ransom price once they know you’re willing to pay.

If you feel like you’ve been hacked, do not hesitate to reach out to us.

Featured image by DCStockPhotography from Shutterstock.com