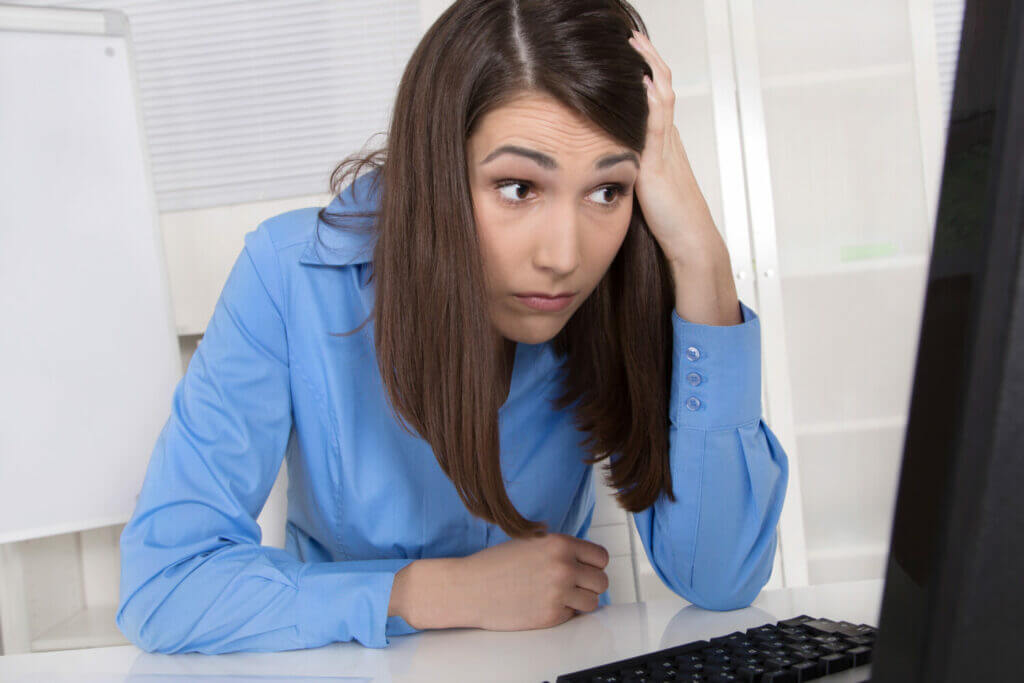 Hackers are criminals who look for moments of opportunity. It’s much more likely that they’ll target your system if you don’t have decent security. Why would hackers go after a well-secured network when they can get the same data from an insecure one? That’s why there are several basic security mistakes that you should avoid if you don’t want to be hacked.

While you might think of 2FA as nothing but an inconvenience, it is one of the most necessary security features you can use. It forces you to prove who you are via several means before logging into a system or account. It’s the same thinking between needing a key and a facial ID in physical security.

When hackers try to break into an account, the first thing they’ll run up against is 2FA. If you don’t activate 2FA, you’re making yourself an easy target. Hackers will breach your account, in many cases with little trouble.

99.9% of all accounts hacked are those that don’t bother to use 2FA. Shockingly, even business users don’t seem to use 2FA often enough. Only 11% of Microsoft Enterprise accounts have 2FA turned on, despite being used by many important companies.

If you’re not using 2FA on all your account, you need to start right away.

Another huge red flag that hackers look for is a weak password. Even if you have 2FA enabled, some sophisticated hackers can get around this. The next obstacle for hackers is your password.

As hackers leak data, passwords become unsafe. Your password from the late 90s is almost certainly known, so if you’re using this password for your modern email accounts, they’re extremely vulnerable. You should always create a strong password for each new account or system that you join.

If you struggle to remember these passwords, using a service like Dashlane or LastPass is a more secure option than using a single password for everything. It would help if you tried to avoid common password mistakes that many people make.

3. No Education on Social Engineering

Social Engineering is the most popular form of hacking. Hackers know that many companies have strong security, but they know that human beings are easy to fool. Even in the case of one of the biggest hacks in human history, human engineering started everything.

If you’re not familiar with the term and what it means, you’re making yourself more of a target for hackers. Criminals can use psychological tactics to make you want to click on messages they send to you. Once you’ve clicked the attachment, it could fill your computer and even your network with malware.

It’s imperative that you learn the signs of social engineering and how to avoid them.

Antimalware software is a must-have in the modern era, but many people don’t take the obligation seriously. If you download a free antivirus program but keep ignoring the update notifications on your screen, then you’re more likely to find hackers targeting you.

Updates to antivirus and antimalware programs are important because they keep your security up-to-date on what new types of malware are out there. If you’ve not updated in several months, there are probably programs online that are now designed to get around the security you have. Hackers update their malware to target people who aren’t diligent with updating their security software.

It’s not just about antivirus programs either. Your operating system and other system applications can have security flaws and other vulnerabilities. Updating this software is the best way to deal with these problems. Take the recent Slack security problem. If you update your Slack application, it is no longer unsafe because the flaw was discovered and patched.

While VPNs won’t protect you from malware or social engineering, they keep your connections more private. If hackers are looking for data about you they can use to gain access to your account, they’re less likely to get it from you directly if you use a VPN.

VPNs can keep your connection completely private, preventing governments and intruders from logging your information between sites. However, if you’re still logging into social media and posting your data to the internet for free, a VPN will not be much help.

As with many things in the world of cybersecurity, you’re better safe than sorry. Using a VPN when you can, prevents hackers from collecting information too easily, and anything you can do to make hacking your accounts harder is going to help to put off potential intruders from attempting to hack you.

Worried about hackers? Our comprehensive security audit can show you how safe you are.