LiveTree ADEPT is an established entertainment start-up company based in the UK. They have been around for two years, and have captured 5% of the UK crowdfunding market. That 5% is not enough, they now want to build an entertainment platform on the blockchain that competes with Hollywood/Netflix. This ADEPT platform will provide funding for projects, help hire the talent needed to create the film/TV show, and distribute the final product. Token holders can contribute to whatever project they like, and will receive a share of the profits.

LiveTree wants to eliminate lawyers, agents, and other middlemen by using smart contracts. They will eliminate the need for distribution by distributing their own content on the Blossom platform, which will be similar to YouTube, only with special blockchain features.

According to the firm:

“Blossom TV offers a way for fans to support the content they are interested in by “pre-paying” for the content. The user system will be subscription based, similar to a Netflix model. Users will pledge support in SEED for the programming they are most interested in which will then fund the development of those projects. Other distribution methods that could be supported for Film and TV production are online streaming through YouTube and Vimeo as well as traditional broadcasters.”

Starting out, two Project incubators will be built. One will be located in California, and one in London. I suppose these incubators will be like a management agency. They will hire the best talent and find the most quality projects. They claim to get this talent through their partnerships.

LiveTree brags a lot about its partnerships and how they have so many connections throughout the industry.  I decided to focus my research there. The two major partners it talks about are Red Rock Entertainment and The British Film Institute Future Film.

Red Rock Entertainment is a UK based film finance company. They pretty much do exactly what the LiveTree project incubators are going to do, except without a  blockchain token. They haven’t produced any blockbusters yet, and they seem to be trying to look better than they are. Case and point, one of their best projects produced so far was a documentary called “Madness in the Method” about an actor from Kevin Smith’s old movies. If you look into it, RedRock was one of four companies to produce this thing. How much profit could that possibly create?

Famous director Kevin Smith was in that documentary because he’s acting partners with Jason Mewes. He only played a small part, but if you look on Red Rock’s site it makes it seem like Kevin is in bed with the company. With Hollywood being broke, and Kevin not being able to get funding for his movies anymore, one would think that if this project was the real deal, Kevin Smith would be promoting it. He is not promoting it at all though, and his Twitter and podcast, as far as I know, never mention LiveTree. The second partner they constantly mention is The British Film Institute (BFI).

The BFI is very popular, and has a twitter following of 750,000. Scrolling through their tweets, I see zero LiveTree ICO announcements. Why aren’t they promoting LiveTree at all, aren’t they partners? 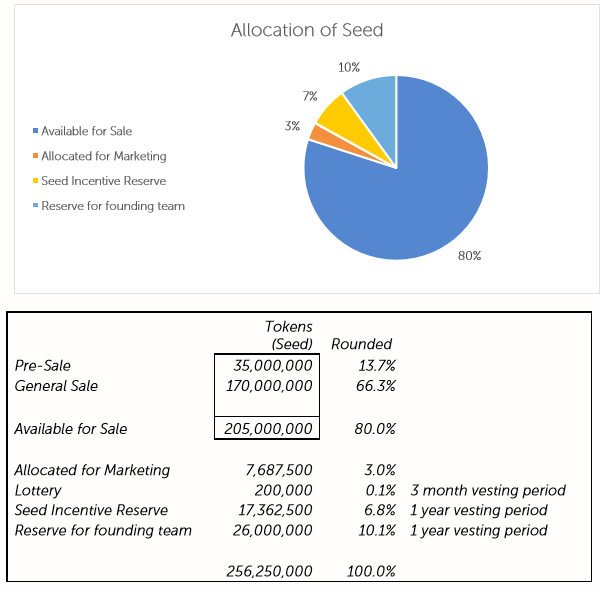 The team is average. Two members stood out for other reasons. They are Ashley Turning (founder) and Alexander Mitrovich (Technical Lead).

Mitrovich is the key to building avery complicated platform that they have yet to actually materialize. If you read his bio in the whitepaper, it would seem like he has what it takes. However, when looking at his LinkedIn, I found something interesting. Notice how he doesn’t have any technical skills. He’s an ICO startup developer/marketer. He’s from Russia, and looks like he basically sold his name to LiveTree. I could be completely wrong, but the evidence is right there though.

Founder/CEO Ashley Turning is an intelligent man. He is the brainchild of the entire project. The thing is, he founded LiveTree two years ago, and I don’t see any profitable product being put out.

Here’s his Twitter: 181 followers, and no love for his startups (they only pop up once ever couple months, and always look less than interesting). This project is going to require the drafting and flawless execution of smart contracts for every aspect of the movie creating and distributing industry. LiveTree is going to have to compete with companies like Netflix to acquire movie rights and new talent. Despite these needs, they have zero lawyers and zero agents on their team.

When I asked their representative about this in Telegram, I was told “questions like this will be passed onto the team, it’s late here in England, and I am going to bed now.” I then replied with some smartass comment about how “its 7 pm, primetime over here!” I was then immediately banned from their Telegram. No joke. I believe this to be a premature ban, based on my stellar investigative journalism.

By trying to get rid of the middleman, LiveTree becomes the middleman. This means they better have a top-notch team and business plan in order to compete with the big boys. They don’t have that. They have a pretty good idea, attached to an (in my opinion) failing two-year-old startup business.

Stay away from this. If you like the idea then just keep tabs on them, As there will be plenty of opportunities to buy these up cheap down the road. There are a lot more negatives than positives in our analysis above. That being said, we are prepared to give this project 3 of 10 for potential.

presale whitelist and other info is listed here: https://secure.livetree.com/#!/seed/